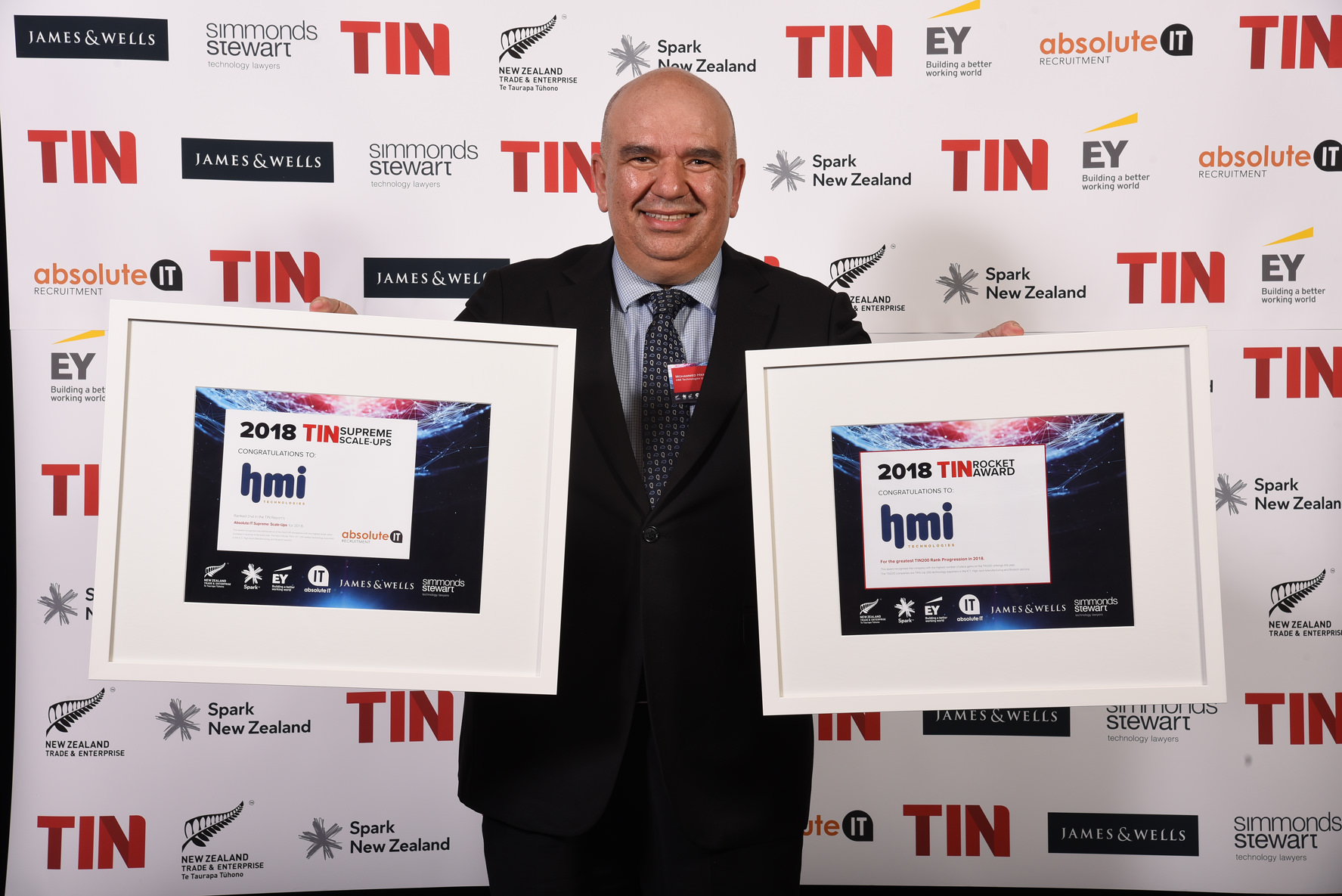 Technology Investment Network (TIN) has named HMI Technologies as the winner of this year’s TIN Rocket Award, announced at the 2018 TIN Report launch and gala awards event in Auckland.

The TIN Report monitors the performance of New Zealand’s 200 (TIN100 and Next100) largest technology exporters in the areas of Information and Communications Technology (ICT), High-tech Manufacturing and Biotechnology. It is sponsored by New Zealand Trade and Enterprise, Spark, EY, Absolute IT, James & Wells and Simmonds Stewart.

The firm designs and builds custom Intelligence Transportation Systems, including variable signage and autonomous vehicles. In the past year, it has secured a US$20 million joint venture with the City of Heshan in China to distribute its Ohmio electric shuttles. This deal contributed to the firm’s improved growth of $6.5 million in FY2018, the highest of any Next100 company. As a result, HMI Technologies also joined the Absolute IT Supreme Scale-Ups awards list in second place this year.

“HMI Technologies has shown remarkable growth in the past year,” said Greg Shanahan, managing director of TIN. “The market potential for autonomous vehicles is enormous; HMI Technologies’ recent Chinese joint venture places the company in an excellent position to target this potential to their full advantage.”

The 2018 TIN Report shows that turnover for New Zealand’s top 200 (‘the TIN200’) technology companies increased by 11% to reach $11.1 billion in the past year; the second billion-dollar growth result in three years and the driver behind a record profitability* rise for this group of companies